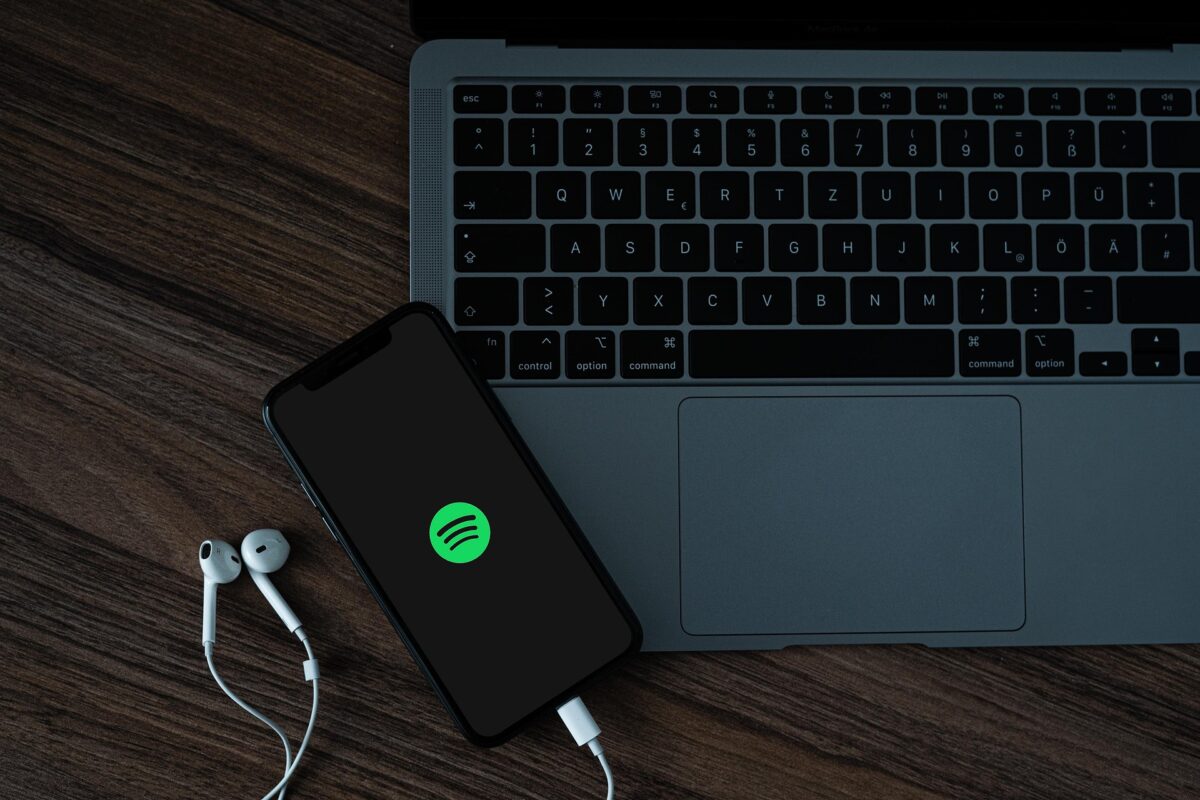 Arielle Nissenblatt challenged folks on Twitter to do #podcast30, which is listening to one podcast every day and posting about it. Naturally I’m all in for such an endeavor. So I’ll be updating this post every day with my listen for that day, along with my brief comments (which I’m also posting on Twitter).

One of the most interesting things I learned from this episode is how much archaeology can tell us about what feels like the recent past. Archaeology is an amazing way to reclaim the stories of those who don’t show up in the archival records as real people–in this case, the enslaved communities at Mt. Vernon. This episode is well worth a listen (and assigning in your early America classes!).

Day 2: The Shrink Next Door (Wondery/Bloomberg)

I’ve been seeing ads on Apple TV for the new TV adaptation, and so I decided I’d give this show a listen, assuming I’d hate it, be annoyed by it, or be underwhelmed by it. Instead, I binged the first 3 episodes, only stopping last night because I didn’t want to accidentally go to sleep & miss something. It’s a bonkers story and it’s very well done. Very much in the @WonderyMedia style, which isn’t always my favorite, but it totally works for this. Would definitely recommend–but listen while you’re doing something like driving or not using your brain for other things (like grading); you’ll miss stuff.

Today my podcast is one that every already listens to, but I’m a newcomer to: @nytimes The Daily. I listened to Thursday’s episode on the way home from work today. The topic was a very, very contentious one. the SCOTUS abortion case. The host and guest did a great job of reporting the facts of the hearing without taking sides or making political statements. That seems like a model that news podcasts should follow (more than many do). From a technical perspective, of course the sound design is great. I really like how they layer the archival footage, the guest’s voice, and the host’s voice, and I esp. noticed the effectiveness of silence. Well done @stavernise!

It’s Day 4 of #podcast30! I was out and about with my 10yo most of today, but we did listen to one show (her absolute favorite): Greeking Out from @NGKids . We are so sad that it’s the end of the season! The stories are entertaining for kids and adults. The show is mostly about Greek mythology, but I’ve liked the embrace of other mythologies this season as well. Also the theme tune to this show will suddenly pop into my head at the most inopportune tunes, and yet I can never be quite mad about it.

For Day 5 of #podcast30, I’m listening to the (presumably) final episode of The Rise and Fall of Mars Hill, “Aftermath.” I have a LOT of thoughts and feelings about this show, both its subject matter and its production. I appreciate @MikeCosper‘s work on this show. I’ll likely write a much longer blog post about it in the near future. But for now, I’ll say that, despite what I see as some serious defects in the show, It’s still well worth a listen, esp. if you have connections to evangelicalism.

For Day 6 of #podcast30, I listened to @lingthusiasm, a show that scratches my “I almost became a linguist” itch. In this episode, they’re talking about scales and their implications (scales like temperature and certainty, not lizards). I loved this episode both because it’s just really interesting, and also because it reminded me that my high school algebra teacher always said “a couple or three” to indicate some kind of precision that really wasn’t warranted, and we all knew it was just pretension. 🙂

For Day 7 of #podcast30, I listened to the most recent episode of Past Present. Not gonna lie, this one’s not for me. I didn’t think the episode was easy to follow, and I found myself disagreeing with the hosts on a number of occasions.

For Day 8 of #podcast30, I listened to a much more interesting history show than yesterday: @Unsung__History ! I listened to the recent episode about the Alaska Territorial Guard, which I’ll be honest, I had never heard of at all. This is such an interesting story about how Native people were involved in WWII through the territorial guard in Alaska, which wasn’t yet a state. Some Native people were able to leverage their service there for good, but they also faced bizarre forms of discrimination. Bonus: a digital history project about the ATG! Check out the great resources in the show notes.

For Day 9 of #podcast30, I have another bing listen. I’m not quite done, but I’ve listened to 7 episodes of Radioactive over the past 3 days. It’s about Father Charles Coughlin, noted antisemitic Roman Catholic priest. An interesting story (feels like right up @PMatzko ‘s alley) about a radio celebrity with a very inflammatory message. Well produced and well told by @AndrewLapin.

My Day 10 listen for #podcast30 might be cheating a little bit, but I listened to “Danger!” from @GreenTunnelPod (which I am the executive producer of). It just came out this week and it’s pretty fun. If you’ve ever planned a long-ish hike or backpacking trip, you’ve probably gotten some wildly disparate advice about how to deal with dangers on the trail. We might not give you the RIGHT answers in this episode, but we’ll give you some historical answers!

Forgot to tweet yesterday for Day 11 of #podcast30 but I listened to @NPRCodeSwitch about food and how we relate to food and family. I definitely had a few epiphanies about how I feed my kids as a response to how I was raised!

Today for Day 12 of #podcast30 I listened to something silly and fun: @theincomparable Game Show! I like these shows because sometimes you just need to decompress a little and be a little silly.

Day 14: “God and Morality in American Politics,” Now and Then (CAFE Media)

For Day 14 of #podcast30 I listened to Now and Then from @voxmedia, with @HC_Richardson and @jbf1755. Since this show started, it has made me really happy to see a history show hosted by historians near the top of the podcast charts. In the most recent episode about religion and morality, @jbf1755 and @HC_Richardson talk about how religion permeates the American experience in other ways than just church and state. I do have a very different take on the Tripoli treaty discussed, but that’s a small thing.

For Day 15 of #podcast30, I listened to the delightful end-of-year episode from @20korg. I never know the mystery sounds, but it was fun to hear people guess them (sometimes with as wild a guess as I would have made). Twenty Thousand Hertz is one of those shows that I’m always trying to find a story to pitch to, because I just love how @d_llas tells stories and of course the sound is ridiculously good.

For Day 17 of #podcast30 I’m listening to the brand-new Sam’s Shorts from @TwainHouse , hosted by @erin_bartram. Twain has showed up on my podcast as well, so I’m excited to follow this show as it unfolds. So far it’s good! Somehow it’s comforting that Mark Twain was a vaccine enthusiast. 🙂

Days 18 – 26: Visiting family, and people frown on listening to podcasts while you’re supposed to be having family time

Let’s start with Conversations at the @GWBooks ! I listened to my friend @JamesPAmbuske talk about a very interesting digital project about the construction of constitutions with Dr. Nicholas Cole. This was such a great episode because it highlighted both the complications of reconstructing a complex and months-long event (the Constitutional Convention) in this case, and also the interesting ways in which we can use digital methods to figure some of that stuff out. It also highlights the amazing potential for cross-disciplinary and cross-institutional collaborations. I loved hearing about the Quill Project’s collaborations with undergraduates!

My second show for Day 27 is @dig_history. I listened to the most recent episode about Rosa Parks. I was nodding along as the hosts discussed how Rosa Parks has often been depicted as someone who was just tired and so accidentally sparked a whole thing. That was definitely how I was taught about Parks, but the episode goes into amazing detail about how Parks fit into a much larger movement and how she was already an activist before that fateful day on the bus.

Day 27, number 3: “Consuls and Anthros and Diplos, Oh My!: Diplomatic, Historical, and Anthropological Views on First Contact,” The Joint Geeks of Staff

My next rec for Day 27 of #podcast30 is @TheJointGeeks . I was on an episode recently which I’m just now getting to listen to, about first contact and diplomacy in scifi and history. I had to leave halfway through the conversation, but @IBBoley did a great job of stitching everything together and editing so that it doesn’t sound that way. Plus, consuls and space, what’s not to love?

For Day 28 of #podcast30, I’m going back to @99piorg for their first mini-stories episode for this year. I look forward to these episodes bc my whole life as a historian is “This is such a great story but there’s not a whole book/article/episode here.” If I ever teach my graduate class on Podcasting for Historians, our major project will be to select a newspaper issue from #ChroniclingAmerica and each student will have to produce a story about one of the elements in that day’s newspaper, a la the mini-stories from @99piorg.

It’s Day 29 of #podcast30! As you may know (😂😂😂) I run a show about 19c US consuls. But my knowledge of modern diplomacy is pretty lacking. So I listen to a couple of shows to get me up to speed. Today’s pick is one of those: Pod Save the World. More people listen to the other Pod Save show (I think), but I like this one better. In this episode, @TVietor08 et al talk about the political situation in China and why we should be paying attention to what’s going on there. Well worth a listen as #Beijing2022 approaches.

Today I listened to the 300th episode of Unorthodox from @tabletmag. I’ve already talked about this show on Day 10. But I wanted to give it another shout-out here. I’m not Jewish. But I started listening to the show in part because I had a realization about how much antisemitism I was raised with, and how deeply it is ingrained in me. This show has been so delightful, and so helpful for me as a Gentile who needs to understand more about Jewish culture and the multitudes it contains. It’s a really hilarious and thought-provoking show. Highly recommend.